I work with road warriors who want to be challenged, motivated, and inspired to leverage not limit the road to be elite in what matters most in their lives. 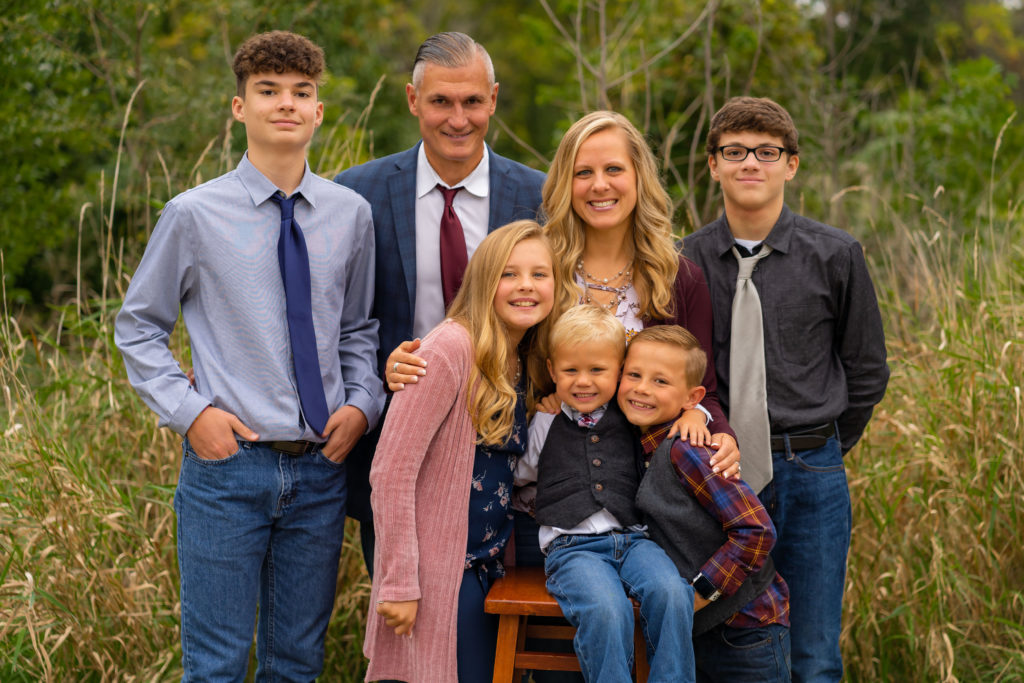 I’m a husband of one and father of five (buy four, get one free in Chicago) who absolutely adores my wife and kids. But life the life of a Road Warrior effects especially them.

I want to not only stay as connected as possible with them while I’m gone but also come home with the energy needed for wife (who often needs a break), my kids (who missed their Dad), and my close friends.

I started traveling at a young age with my father who was a Road Warrior. Then when I had my chance, I would travel for research and would speak all over the country. I didn’t have a care in the world, and like most people in their twenties, I felt invincible. The late nights, bad food, and lack of movement were for “everyone else” who didn’t have my drive and energy level.

I felt the only thing that could stop me was not having enough time. I pushed so hard. Even though I was achieving results, I was not focused. My desire to show others I could make it on my own led me to take on almost any and every challenge that came my way … and that soon would prove to have disastrous repercussions.

On my 40th birthday, my wife gave me the gift of a one-way ticket to the doctor for a full panel of tests. (She’s generous like that.)

But I knew in my heart that something was definitely wrong … and then I willingly chose to ignore that feeling. I had too much to do and not enough time to do it in, so I went back to business (travel, that is) as usual. I hit the road harder, and my early inner warning signal was quickly ignored. I showed them. Like so many other business travelers, I live by this quote:

If you’re like me and willing to justify avoiding something you really don’t want to do, then you’ll understand what I did next.The truth was I didn’t want to stop and rest. My identity was in my drive and producing results. If I stopped, I thought I would lose ground and ultimately lose. I hate losing.

I pushed it even harder, traveling an insane number of miles for business. I increased my pace and responsibility. I lived in the moment and was willing to sacrifice everything—including my health and family.

THE COST OF THE RESULTS

I hit the wall, and this time it hit back, and I didn’t get up quickly. In March of 2015, my business travel life finally began to catch up with me. All of my Energizer Bunny energy was gone. Everything that came naturally to me began to take more energy, and I began to crash—and crash hard. It didn’t happen all of a sudden, but my pace (which was one was my marks of success) and my stress levels, were ultimately the cause of my demise.

I found myself unable to get up in the morning like I always had; the hours before everyone arose were “my time,” and I had never missed using them. I started sleeping as much as I could on the road. My breathing was off. My face was constantly flushed. I would get body aches that felt like the flu … without the flu. Headaches led to migraines. My mind would shut down to the point I couldn’t concentrate or even read. It was brutal on my pride and on me.

And I wasn’t the only one affected.

My wife got more than her fill of this madness. Like she didn’t already feel like a single mother when I was away, now I was completely useless to her when I was home—I was one more person she now had to take care of. C’mon, Buckley.

Those were dark days in our home filled with confusion, resentment, and hopelessness. The hard-driving me was becoming a thing of the past. But how? I was only 45 years old! Although I still felt like I was getting more done than most people, it was not at my pace and at my energy level.

I went back to the doctor, this time with a completely different attitude: one of humility and openness. Over the next few weeks, I underwent extensive medical tests that were exhausting, stressful, and expensive. But I needed to know and understand what was going on in my body.

This time the doctors knew something was wrong, but they just weren’t sure what to do next. I was encouraged to learn that nothing major was wrong since my family tree included a legacy of heart disease and cancer. I was relieved, yet still tired most of the time and unable to run races, work out, and push it like I always had anytime I’d wanted to in the past.

I was officially concerned and worried. I knew I had so much more in me … but not the energy to produce the results I wanted, and especially not in the acceptable (to me) turnaround time I was used to.

I’d hit a wall and needed a new fuel. I’d been using cheap gas and not doing the maintenance needed on a high-performance car. I was treating my Ferrari like a cheap, beat-up old Camry work car. Repair work had consisted of “do the minimum and get me back on the road.” I needed to quickly learn how to maintain this gift of a car for the long haul.

Years and then decades of doing it “my way” was wrecking my body. Pushing this hard without really taking care of my body had finally caught up to me. The cost of getting the results “my way” was forcing me to pay a price I didn’t want to pay … and oh, I would pay for a long time.

Everything was going to have to change. I needed to do things differently. My health and family literally depended on it.

Over the next few months, I was diagnosed with HPA Axis Dysfunction. Translation: I was running my body into the ground. My stress and pace had damaged my nervous and endocrine systems, which produced my energy. Something had to change, or it would literally shut down my body.

To be honest, this really scared me. I was the sole financial provider for my family. I was literally forced to change. I also didn’t have all the answers, but I knew it would not be a quick fix (if fixable at all). Not the place I wanted to be in, but my focus was now on getting myself healthy.

Everyone who knew me or met me was completely shocked that I had “energy issues” because I was still so active and intense. But now my energy is a commodity that needs to be spent on the things that really matter.

I actually view this diagnosis as a rare gift. It’s forced me to get focused on how to manage and increase my energy so I can maximize my results both on the road and at home.

Once I was grounded (literally), I was forced to begin asking deeper questions, the answers to which were very revealing to me. Those close to me were ready to confront me in a loving way to lead me to the truth about myself.

There was this underlying stress to always perform, always be at my best, and “be on.” There were all these expectations that I ultimately realized were self-imposed. Others saw my results or my on-stage persona, not the off-stage toll it was taking on me.

Why did I feel the need to push all the time? What had once been my secret sauce had become my poison.

I asked myself, “What do I actually do when I ‘rest’? I’m always doing something. I didn’t know how to be still or just be with others. This is not right.” I felt lonely, empty, drained, discouraged, confused, paralyzed, and humbled. And I’m not even in touch with my feelings!

I didn’t hear of high performers on the road getting sleep, taking breaks, and having downtime. I didn’t know how to refuel myself with all I was asking and taking from myself. I deeply lacked true rest, the very thing that would heal my body, mind, and soul.

Finally, I began to really look at myself as I was, not as I thought I had to be. Yes, there were expectations, but who had set them? I realized I had let others set my expectations for myself, and it was exhausting.

IT CAN BE DONE

Slowly, every part of me began to heal. I was on a strict rest and supplement protocol that was brutal yet necessary. Through nontraditional medicine and a holistic practitioner named Treva Thompson of Living Tree Health and Wellness, I began to see my body literally regain life and energy. I began to have hope.

Ironically, my character was deepened along with my faith during this journey. I’ve learned to listen to my body—really listen. What does it need right now?

For a driven, high performer, this is a drastic change of operation. But it’s necessary, and it literally changed and saved my life.

There are many of you Road Warriors out there who are like me. Some part of my story is your story. You’re somewhere along my journey. My hope is you find enlightenment, encouragement, and hope in knowing there is someone else out there like you.

I get you. I am you, Road Warrior.

I’m back on the road and living a completely different road lifestyle. I no longer view a trip as a vacation but as my vocation. I’m the “one of these guys is not like the other” guy when traveling. And I love it. There are enough of those other guys out there, and I’m on a mission to challenge and inspire more of them—more of you—to stop going off-road on the road.

What is a Business Travel Performance Expert?

The road is its own animal. If someone doesn’t travel for work, they simply don’t understand the challenges of a business traveler. The road is about performance in your work, that’s a given, but also in the energy you bring to each and every interaction. And being able to perform at an optimal level is what a Business Travel Performance Expert brings to the Road Warrior.

The ultimate goal is to help a business traveler to succeed at what matters most in their work, their own health, and their home life with those they love back home. But it takes a Road Warrior to help a Road Warrior.

So, depending if you’re on your own pursuit to become an Elite Road Warrior or your company is behind you and on your side to invest into you, choose accordingly.

A customized business traveler workshop at your location